Ultrasonic extraction is a mild, non-thermal technique, which is based on cavitation. Hielscher’s ultrasonicators allow the precise control over all sonication parameters (such as amplitude, temperature, pressure, intensity). This ensures that the extracted compounds are not degraded during the extraction process, which is crucial for the extraction and preparation of medicinal tinctures.
Ultrasonically released biochemicals are of high-quality and show extraordinary bioavailability. Ultrasonically assisted extraction increases yield and reduces extraction time. Other important advantages are the low process temperatures (i.e. 20℃, which is significantly lower than at traditional extraction) and the use of green solvents (i.e. water, ethanol). 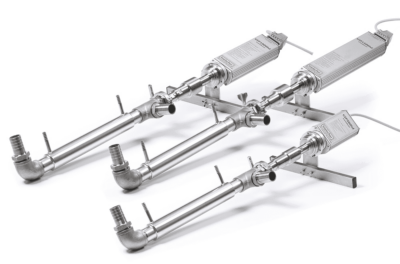 For best bioavailability, herbal phyto-compounds must be present in molecular size to be delivered into the human cells. Phytosomes (pharmacosomes) are pharmacological phospholipid complexes in which the bioactive sunstances of the herb are incorporated. Phytosomes can be formulated as suspensions, liposomes, emulsions, aqueous micro-/nano-dispersions, creams, lotions, gels, pills, capsules, powders, granules or tablets. With the ultrasonic extraction and formulation technology, the ideal preparation of highly bioavailable substances can be easily implemented into the production.
For herbs such milk thistle, ginkgo biloba, grape seed, green tea, hawthorn, and ginseng, the nano dosage in form of polymeric nanoparticles, liposomes, micelles, nanospheres, nanocapsules, solid-lipid nanoparticles, and nanoemulsions is already scientifically proven to be significantly more effective.

In Ayurveda and Asian medicine, herbs are mostly used in combination of multiple plant concoctions, which are standardized but individualizable formulas. Such formulations of ayurvedic herbs and spices are often combined into a concentrated tonic or aroma oil in order to achieve a highly effective medicine. (A very prominent formulation is Triphala, which is composed from Amalaki, Haritaki, and Bibhitaki).
Besides tonics, herbs and spices are prepared as ayurvedic spice pastes, which are used for cooking. Those spice pastes and sauces (e.g. ayurvedic spice paste, masala sauce, chutneys etc.) give meals a wonderful aroma and act at the same time as remedy.

Ultrasonic extraction systems are used to extract gingerol and other health-promoting compounds from ginger. The video shows the UP100H at ginger extraction.
Ultrasonic Extraction of Dried Ginger using the UP100H

High-intensity ultrasound is a common processing technique in food, chemical and pharmaceutical industries. Homogenization, emulsification, preservation as well as extraction are typical processes, which benefit heavily from sonication. Ultrasonification is used to blend juices, sauces and pastes for improved stability, to extract flavor and aroma compounds as well as bioactive substances such as polyphenols, polysaccharides, antioxidants, vitamins and other nutritional or pharmacological compounds.
Power ultrasound is a process intensifying technology, excelling traditional extraction methods such as maceration, hydrodestillation or Soxhlet by higher yield, faster extraction rate, mild process conditions and high extract quality. By controlling and adjusting the ultraound intensity, herbal drugs can be prepared as sub-micron and nano-sized compounds – ensuring highest bioavailability.
Therefore, sonication is the preferred technique for the preparation of modern ayurvedic herbal drugs.

With Hielscher’s precisely controllable ultrasonic systems, the extraction process and formaulation can be standardized to a reliable process and continuously high quality output.

Hielscher Ultrasonics is the leading manufacturer of ultrasonic extraction systems. With thousands of installed ultrasonic extraction machines worldwide, Hielscher is not only your trustworthy partner for the hardware but also for consultation and project development.
Our product range includes ultrasonic systems for small to very large process volumes. Accessories such as different sonotrodes (ultrasonic probes / horns), boosters and flow cells enable for an optimal process setup. Our well-experienced staff of technicians, process engineers and biochemists consult you and guide you from feasibility to scale-up and installation.
Contact us now! We are glad to work with you on your particular extraction process! 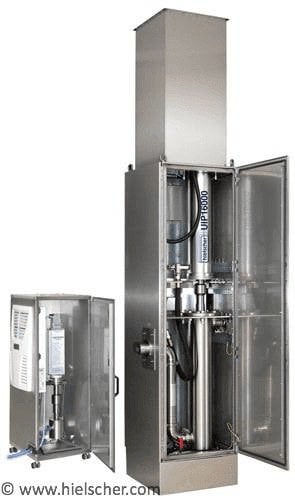 Ultrasound Cavitation and its Effects on Extraction

When high-intensity, low-frequency ultrasound waves are coupled into liquids or pastes, cavitation occurs. Ultrasonic or acoustic cavitation is the
Ultrasonic cavitation perforates and disrupts cell walls and membranes, thereby increasing cell membrane permeability and breakdown. Furthermore, the solvent can enter the cell transporting essential oils and bioactive compounds from the cell interior into the surrounding solvent. Thereby the biochemicals, which are entrapped in the cell, are released into the surrounding solvent and can be separated afterwards. The improved mass transfer between the plant cell and solvent (e.g. water, alcohol, ethanol) enables to produce high-potency extracts.
Ultrasonic extraction is a form of solid-liquid extraction and can be combined with other extraction techniques such as hydrodistillation, Soxhlet, supercritical fluid extraction (SFE), microwave etc. in order to increase the capacity of existing extraction equipment and to profit from the synergetic effects of ultrasound. With its outstanding performance in extraction recovery / yield, extraction rate and extract’s quality, sonication is the modern technique for Ayurvedic herbal drug manufacturing. Ultrasonic extraction releases phytochemical constituents with high bioavailability and antioxidant activity. When compared to alternative production methods, sonication results in highest contents of phenols, flavonoids, non-flavonoids, total chlorophylls, total carotenoids, terpenoids, phytosterols, and radical scavenging capacity.

„The use of ultrasound can enhance the extraction process by increasing the mass transfer between the solvent and plant material. In addition the collapse of cavitation bubbles leads to better cell disruption via the formation of microjets due to asymmetrical bubble collapse near a solid surface. This allows for improved solvent penetration into the plant body itself and can also break down cell walls. As a consequence, employing ultrasound in the use of plant extraction has benefits in increased mass transfer, better solvent penetration, less dependence on solvent used, extraction at lower temperatures, faster extraction rates and greater yields of product. These features make sonication an attractive proposition for many extractions and for scale-up it should be used in the extraction unit itself where the plant material is in direct contact with the solvent e.g. in the extraction of antioxidants from Rosemary.“ [Mason et al. 2011]

Ayurveda is the holistic approach to health and well-being. Based on ancient knowledge of the interaction between herbs and health, the ayurvedic practice makes use of natural remedies. Ayurveda and herbology are tightly connected: medicinal and healing properties of hundreds of herbs, spices and botanicals are part of the ayurvedic herbal healing system. Ayurvedic tonics, oils and mixtures can be administered internally as medicine, supplement or food as well as spplied externally via the skin (e.g. oils, lotions, ointments) or as aromatherapy even via the mucous mebrane of the respiratory tract.

In traditional medicine, plant-based remedies made from herbs, spices, roots and flowers are widely used.
Every botanical is known for its specific effects, e.g. to improve digestion, to act as anti-inflammatory or anti-bacterial substance, to relieve pain, alleviate respiratorial problems, to improve overall health, etc.

Phytochemicals present in ashwagandha (Withania somnifera), holy basil, licorice, and winter cherry are well known to improve performance, overall health and longevity by increasing energy, strength & well-being. Known as adaptogens, these phytochemicals fortify the body’s resistance to stress.
Tumeric is one of the most important ayurvedic botanicals. It contains curcuminoids and curcumin. These compounds are known for manifold benefits for human health, such as increasing brain function, high antioxidant activity, relieving inflammations (e.g. rheumatoid arthritis), and cancer prevention. Curcumin gained a lot of attention in traditional Western meficine and pharmacology due to its cancer-fighting effect. Since both, curcuminoids and curcumin are poorly water-soluble, they should be encapsulated in liposomes. Click here to learn more about ultrasonic encapsulation and liposome preparation!
Moringa (also known as shigru or drumstick tree) is used for its anti-fungal, antiviral, detoxifing properties. Rich in antioxidants and vitamin A, moringa is called a superfood.

Manjistha and neem contain detoxifying substances, which cleanse and purify the body.
Bitter melon (Momordica charantia) and betelnut are successfully used to treat insulin resistance and diabetes.
Holy basil (also known as Tulsi; Ocimum sanctum) is used for its inflammatory, antipyretic, and analgesic effects.
Kalonji seeds, siris tree, and are known for their beneficial effects on the respiratory system.