Various components, such as pigments, fillers, chemical additives, crosslinkers and rheology modifiers go into coating and paint formulations. Ultrasound is an effective means for the dispersion and emulsifying, deagglomeration and milling of such components in coatings.

Ultrasound is used in the formulation of coatings for:

Coatings fall into two broad categories: water-borne and solvent based resins and coatings. Each type has its own challenges. Directions calling for VOC reduction and high solvent prices stimulate growth in water-borne resin coating technologies. The use of ultrasonication can enhance the performance of such eco-friendly systems.

Ultrasound can help formulators of architectural, industrial, automotive and wood coatings to enhance the coating characteristics, such as color strength, scratch, crack and UV resistance or electrical conductivity. Some of these coating characteristics are achieved by the inclusion of nano-size materials, e.g. metal oxides (TiO2, Silica, Ceria, ZnO, …).

As ultrasonic dispersing technology can be used on lab, bench-top and production level, allowing for throughput rates over 10 tons/hour it is being applied in the R&D stage and in the commercial production. Process results can be scaled up easily (linear).

Hielscher ultrasonic devices are very energy efficient. The devices convert approx. 80 to 90% of the electrical input power into mechanical activity in the liquid. This leads to substantially lower processing costs.

Below, you can read about the use of ultrasound in the emulsification of polymers in aqueous systems, the dispersing and fine milling of pigments, and the size reduction of nanomaterials.

In conventional emulsion polymerization, e.g. for waterborne coatings, the particles are built from the center to their surface. Kinetic factors influence particle homogeneity and morphology.

Small droplets generated by the application of high shear (ultrasonication) and stabilized by stabilizing agents (emulsifiers), can be hardened by subsequent polymerization or by temperature decrease in the case of low-temperature-melting materials. As ultrasonication can produce very small droplets of almost uniform size in batch and production process, it allows for a good control over the final particle size. For the polymerization of nanoparticles, hydrophilic monomers can be emulsified into an organic phase, and hydrophobic monomers in water.

Organic and inorganic pigments are an important component of coating formulations. In order to maximize the pigment performance good control over the particle size is needed. When adding pigment powder to waterborne, solventborne or epoxy systems, the individual pigment particles tend to form large agglomerates. High-shear mechanisms, such as rotor-stator mixers or agitator bead mills are conventionally being used to break such agglomerates and to grind down the individual pigment particles. Ultrasonication in an extremely effective alternative for this step in the manufacturing of coatings.

The picture to the right (Click for larger view!) show the impact of sonication on the size of a pearl luster pigment. The ultrasound grinds the individual pigment particles by high-speed inter-particle collision. The prominent advantage of

Ultrasonic processing over high speed mixers, media mills is the more consistent processing of all particles. This reduces the problem of “tailing”. As it can be seen on the picture, the distribution curves are almost shifted to the left. Generally, ultrasonication does produce extremely narrow particle size distribution (pigment milling curves). This improves the overall quality of the pigment dispersions, as larger particles typically interfere with processing capability, gloss, resistance and optical appearance.

Since the particle milling and grinding is based on inter-particle collision as a result of ultrasonic cavitation, ultrasonic reactors can handle fairly high solid concentrations (e.g. master batches) and still produce good size reduction effects. The table below shows pictures of the wet-milling of TiO2 (Click at the pictures for a larger view!).

The picture to right (Click for larger view!) shows the particle size distribution curves for the deagglomeration of Degussa anatase titanium dioxide by ultrasonication. The narrow shape of the curve after sonication is a typical feature of ultrasonic processing.

Nanotechnology is an emerging technology making its way into many industries. Nanomaterials and nanocomposites are being used in coating formulations, e.g. to enhance abrasion and scratch resistance or UV-stability. The biggest challenge for the application in coatings is the retention of transparency, clarity, and gloss. Therefore, the nanoparticles have be very small to avoid interference with the visible spectrum of the light. For many applications, this is substantially lower than 100nm.

The wet grinding of high-performance components to nanometer range becomes a crucial step in the formulation of nanoengineered coatings. Any particles that interfere with the visible light, cause haze and loss in transparency. Therefore, very narrow size distributions are required. Ultrasonication is a very effective means for the fine milling of solids. Ultrasonic cavitation in liquids causes high speed inter-particle collisions. Different from conventional bead mills and pebble mills, the particles themselves are comminuting each other, rendering milling media unnecessary.

Companies, like Panadur (Germany) use Hielscher ultrasonic devices for the dispersing and deagglomeration of nanomaterials in in-mould coatings. Click here to read more about this.

For the sonication of flammable liquids or solvents in hazardous environments FM and ATEX-certified deivces, such as the UIP1000-Exd are available. 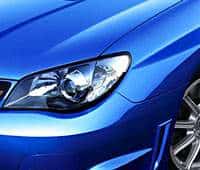 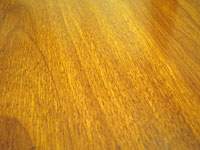