Hielscher makes ultrasonic mixing reactors for the production of biodiesel at any scale. The ultrasonic reactors are compact, easy to install and very efficient. Ultrasonic reactors improve the chemical reaction kinetics. This leads to a faster transesterification, higher conversion yield, and it saves excess methanol and catalyst. 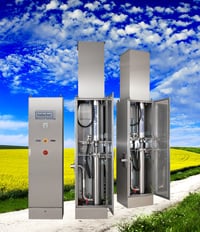 For small and medium size biodiesel production systems of up to 9 tons/hour (2900 gallons/hour), Hielscher offers you the UIP500hdT (500 watts), UIP1000hdT (1000 watts), UIP1500hdT (1500 watts) or UIP2000hdT (2000 watts). These four ultrasonic inline reactors are very compact, easy to integrate or retro-fit. They are built for heavy-duty operation in harsh environments. Below you will find recommended reactor setups for a range of production rates.

Ultrasonic mixing reactors replace tank agitators and other dynamic shear mixers. In general, the ultrasonic biodiesel reactors are installed to mix two feed streams: oil and methanol (with catalyst). For this, a crude pre-mix is pumped through the ultrasonic inline reactor, where the ultrasonic cavitation mixes and emulsifies both reagents within 2 to 10 seconds. This is an inline mixing process. When the mix exits the flow cell reactor, the glycerin will separate by gravity in less than 60 minutes. Alternatively, you can feed the sonicated mix into a centrifuge after a few minutes of reaction time. The inline mixing reduces the number and volume of tanks used compared to conventional batch processing. This improves capital utilization. 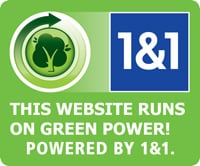