Extracts of the Baggibuti (Stachys parviflora L.) plant are valued as herbal medicine used as treatment of cramps, arthralgia, epilepsy, falling sickness, and dracunculiasis. Ultrasonic extractors are successfully applied for the isolation of polyphenols and other phytochemicals from Stachys parviflora. 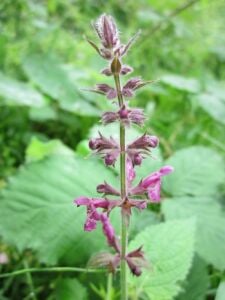 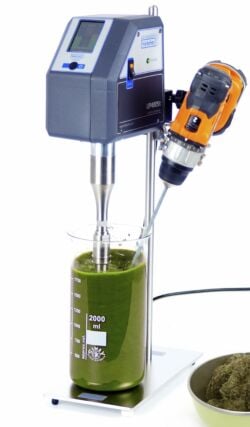 Ultrasonic extractor UP400St (400W, 24kHz) with agitator for the extraction of bioactive metabolites from botanicals such as Stachys parviflora (also known as baggibuti).

The Benefits of Phytochemicals from Baggibuti (Stachys parviflora)

Stachys parviflora L., commonly known as “Baggibuti”, is a species of Lamicae. Stachys parviflora compounds such as iridoids, flavonoids, phenolic acids and diterpenoids are reported as secondary metabolites are known for their anti-nephritic, anti-inflammatory, radical-scavenging and anti-microbial properties.

Ultrasonic extraction, also known as ultrasonically-assisted extraction (UAE), is a scientifically proven and industrially established technology for the isolation of bioactive compounds such as polyphenols, flavonoids, terpenes and many other secondary metabolites from botanicals.

Ultrasonic extraction is a mild, non-thermal, yet highly efficient extraction technique, which is solely based on mechanical forces. Thereby, sensitive botanical compounds are preserved against thermal degradation, but extract yields obtained by ultrasonication are exceptionally high and of superior quality.

he extraction intensifying mechanism of low-frequency, high-intensity ultrasound is mainly attributed to the phenomenon of acoustic cavitation. When cavitation bubbles collapse on the surface of the botanical material, erosion and sonoporation breaks the matrix of plant cells (such as Stachys parviflora), which results in the destruction of the cellular structure and the release of intracellular substances such as polyphenols and other phytochemicals. The thereby intensified mass transfer facilitates the release of molecules such as proteins, lipids and phyto-chemicals.
Ultrasonically generated shear forces improve the penetration of the solvent into the cellular matrix of the botanical matter and improve the permeability of the cell membranes, respectively. These mechanisms of power ultrasonics are responsible for the significant process intensification achieved when ultrasonication is applied for botanical extraction. 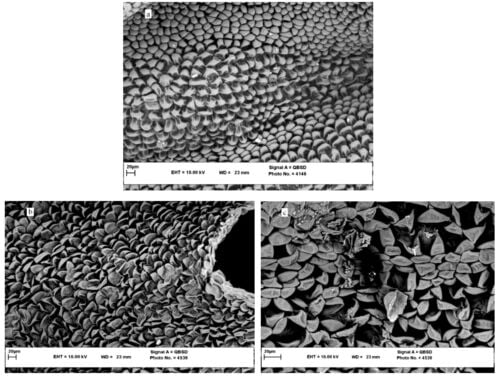 The research team of Salarbashi extracted polyphenolic compounds from Stachys parviflora leaves using the ultrasonic extractor UP200Ht (200W, 26kHz). For the comparative extraction study of ultrasonic extraction and maceration, dried aerial parts (harvested during the flowering stage) of S. parviflora were milled to powder with an average particle size of less than 149µm. The botanical extraction was performed at the temperature of 35°C, natural pH, using methanol (60, 80 and 100 % (v v-1)) as solvent for 4, 7 and 10 min time intervals.
For the ultrasonic extraction, the Hielscher probe-type ultrasonicator UP200Ht (200W, 26kHz) was used. The amplitude of the ultrasonic extractor UP200Ht was set to 100%. The intensity of the ultrasonic treatment was 21.8346 Wcm-2 at 100% amplitude.
The analysis results of the ultrasonically produced extract revealed that the total flavonoid content (TFC) of the extracts increased linearly with ultrasonic treatment, whereas the extraction time had the opposite effect on TFC. The highest total flavonoid content was obtained at ultrasonication duration of 4min. (t = 4 min).
Caffeic acid, tannic acid, quercetin, trans ferulic acid and rosmarinic acid were found as major phenolic compounds in the ultrasonically produced extract.
Based on the SEM images, it is clearly visible that ultrasonication and its resulting acoustic cavitation definitely play an important role in the efficacious disruption of the cell wall and structure of plant material and the extraction yield is enhanced by the ultrasonic vibrations and cavitational micro-streaming. By these effects induced by power ultrasound, ultrasonically-assisted extraction enhances the swelling and softening process of cell walls via the hydration of pectinous material from the middle lamella. Consequently, the matrix of the vegetal cells is broken up, which subsequently leads to a much faster and more efficient release of bioactive metabolites than in other classical extraction methods. SEM images reveal that the efficiency of ultrasonic extraction of phenolic compounds. As a mild, non-thermal extraction method, sonication yields in superior antioxidant and antimicrobial activities that excel extracts produced by conventional extraction techniques.
(cf. Salarbashi et al., 2016) 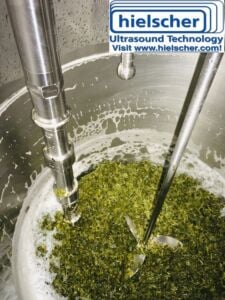 The smart features of Hielscher ultrasonicators are designed to guarantee reliable operation, reproducible outcomes and user-friendliness. Operational settings can be easily accessed and dialled via intuitive menu, which can be accessed via digital colour touch-display and browser remote control. Therefore, all processing conditions such as net energy, total energy, amplitude, time, pressure and temperature are automatically recorded on a built-in SD-card. This allows you to revise and compare previous sonication runs and to optimize the essential oil extraction from Stachys parviflora (baggibuti) to highest efficiency.
Hielscher Ultrasonics systems are used worldwide for the manufacturing of high-quality botanical extracts. Hielscher industrial ultrasonicators can easily run high amplitudes in continuous operation (24/7/365). Amplitudes of up to 200µm can be easily continuously generated with standard sonotrodes (ultrasonic probes / horns). For even higher amplitudes, customized ultrasonic sonotrodes are available. Due to their robustness and low maintenance, our ultrasonic extraction systems are commonly installed for heavy duty applications and in demanding environments.

Contact us now to learn more about ultrasonic botanical extraction, our ultrasonic extraction systems and price information! Our well-experienced staff will be glad to discuss your application and processing requirements with you!