Polylactid acids or polylactide (PLA) is a thermoplastic aliphatic polyester, which is synthesized from lactid acid and lactide monomers. Lactide is a cyclic diester, which is derived from fermented plant starch (e.g. corn starch, sugarcane) and is used as plant-based substitute for plastics. Thereby, PLA synthesis fits perfectly into the range of green chemistry. PLA gained quickly high interest as it is a bio-based, biodegradable substitute to the conventional petro-chemical based plastics.
Facts on PLA: PLA (C3H4O2)n has a density of 1210-1430 kg/m3, is insoluble in water, harder than PTFE and melts at temperatures between 150degC and 220degC.

The current production process of PLA requires metal-containing catalysts to improve the polymerization rate of the lactones, which are hazardous to health and environment. Concerning the problematic nature of catalyst utilization and the growing demand for biobased polymers, the InnoREX project focuses on the development of a polymerization process, in which the conventional metal containing catalysts is replaced by an organic catalyst and assisted by the alternative energy sources of high power ultrasound, microwave and laser. 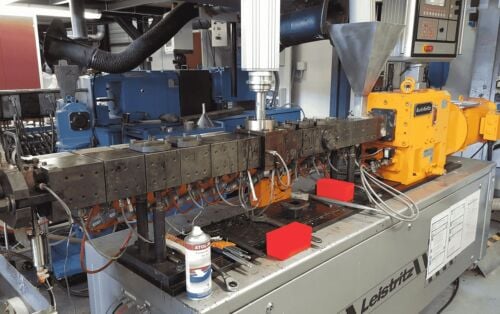 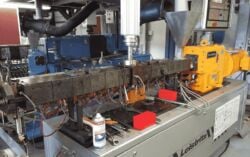 Organic catalysts have been shown to efficiently control the polymerization of lactide, but their activity must still be improved to meet industrial standards. This will be achieved by the introduction of alternative energies of ultrasonics, microwaves and laser light since they increase catalyst activity and enable precise control of the reaction by exciting only small parts of the reaction mixture without response time.
The project combines therefore a novel reactor system, where the alternative energy sources are introduced into the medium, with an organic catalyst to obtain a metal-free PLA in a reactive extrusion process. (see pic. 1)
Therefore, the InnoREX project uses the rapid response time of microwaves, ultrasound and laser light to achieve a precisely-controlled and efficient continuous polymerization of high molecular weight PLA in a twin screw extruder. Additionally, significant energy savings will be achieved by combining polymerization, compounding and shaping in one production step. 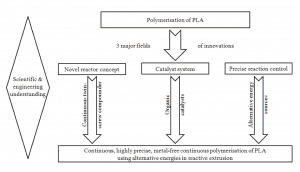 Picture 1: A new way to improve the polymerization of PLA (source InnoREX) 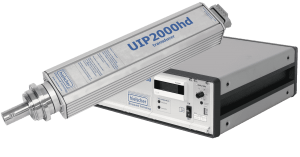 Three alternative energy sources – ultrasound, microwave and laser irradiation – are combined to induce the ring-opening polymerization to ensure the high molecular weight polymerization. During the limited residence time in the reactor chamber, the alternative energy sources introduce the required reaction driving impact into an inline flow cell (see pic. 2) at a highly-targeted level. Thereby, metal-containing catalysts such as tin (II) 2-ethylhexanoate, which is in conventional extrusion processes required to raise the polymerization rate of the lactones to an acceptable efficient level, can be avoided.
For the InnoREX pilot plant system, the high power ultrasonic processor UIP1000hd, which is capable to provide 1kW of ultrasound power, has been integrated. High power ultrasound is well known for its positive effects on chemical reactions, which is the phenomenon of sonochemistry. When high power ultrasonic waves are introduced into a liquid medium, the waves create high-pressure (compression) and low-pressure (rarefaction) cycles resulting in ultrasound cavitation. Cavitation describes “the formation, growth and implosive collapse of bubbles in a liquid. Cavitational collapse produces intense local heating (~5000K), high pressures (~1000 atm), and enormous heating and cooling rates (>109 K/sec)” such a s liquid streaming with liquid jets of ~400 km/h. (K.S. Suslick 1998)
The ultrasonically generated cavitational forces provide kinetic energy, disperse the particles and create radicals supporting the chemical polymerization reaction.
General positive effects of sonication during a polymerization reaction are: 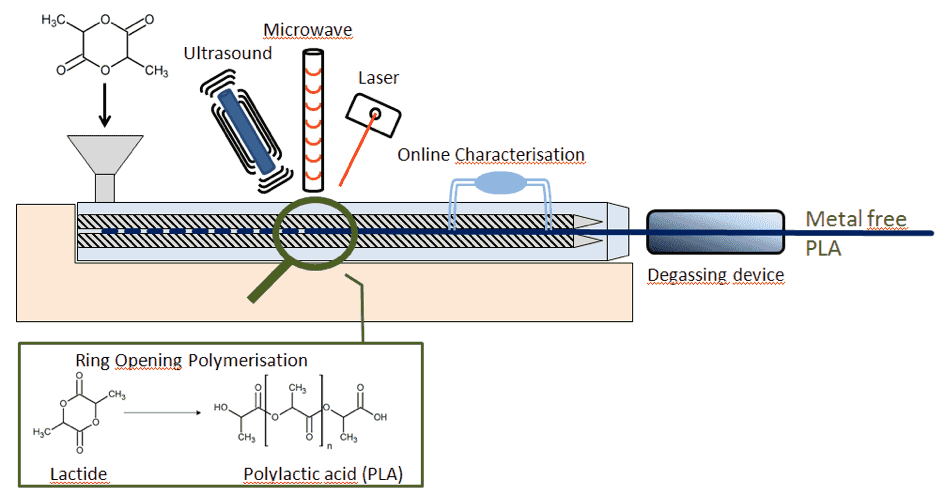 Picture 2: Process setup with ultrasound, microwave and laser to achieve a ring opening polymerization avoiding the use of metal-containing catalysts (Source: InnoREX)