In contrast to traditional steeping, where the liquid needs from 3 weeks up to several months for soaking, ultrasonically-assisted steeping speeds up the process drastically: Ultrasonic cavitation provides excellent mass transfer and extraction so that the steeping time is reduced to a few seconds.
The ultrasonic steeping improves the flavouring and aging of the e-juice and results in an intense, yet rounder and smoother flavour profile.
With the rapidly expanding market of e-liquids, the ultrasonic steeping method enables juice manufacturers to satisfy the increasing demands for high-quality e-juice.
During ultrasonic steeping, the VG/PG mix is infused with flavour ingredients. Using high-power ultrasonicators, the steeping is significantly improved resulting in superior taste and a highly efficient, rapid process. 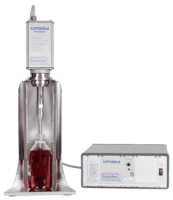 Hielscher Ultrasonics supplies reliable high-power ultrasonic devices for the sophisticated manufacturing of e-liquids. Whether you are interested in the production of smaller quantities or the processing of large volumes for the mass market, Hielscher has the perfectly suitable ultrasonic system for your requirements.
For the production of smaller lots, our ultrasonic processors UP400St or UIP500hdT are most suitable for processing e-liquids in batch or continuous mode. For the commercial production of large volumes, we recommend our industrial ultrasonicators, e.g. UIP2000hdT.
The table below gives you an indication of the approximate processing capacity of our ultrasonicators:

What are the benefits of Hielscher’s powerful probe-type ultrasonicators in comparison with an ultrasonic bath?

First and foremost, ultrasonic baths are designed for the purpose of cleaning items (e.g. jewellery). They produce a very low amplitude and the effect of acoustic cavitation occurs very uneven in the sonicated liquid. Since the liquid in an ultrasonic bath does not get a uniform treatment, the output lacks in quality – resulting in an unpredictable, uneven quality of the final product (such as harsh flavour, flavour variations between batches).

Steeping is the soaking in liquid of a solid so as to extract flavours or to soften it, e.g. coffee or tea. For e-liquids/e-juices, steeping means the aging to achieve an improved flavour profile. Similar to alcoholic beverages such as wine or whiskey, the e-liquid develops an elaborated, round and smooth flavour profile. Traditionally performed steeping requires a lot os time. The ultrasonic treatment accelerates the chemical reactions during the steeping so that the desired results are achieved in a fraction of time.

E-liquids are also known as vape juice or e-juice and are the mixture used in vaporizers and e-cigarettes. The main ingredient of e-liquids/e-juices are the so-called vaping PG and VG, which is the abbreviation for Propylene Glycol and Vegetable Glycerin respectively. PG and VG function as vapour-producing agents. Both, PG and VG can be mixed at different ratios in order to obtain a base liquid for e-liquids, which offers specific characteristics.
PG is tasteless, has a low viscosity and features clear appearance which makes added flavors in the e-liquid more visible.
VG offers a sweet flavour note and produces more vapor.
Common ratios are between 70/30 to 50/50 VG/PG. Depending on the taste of the consumer, the VG/PG ratio can be adapted. For a smooth vaping sensation with an extense vapor production, a higher VG ratio is recommended.For a strong vaping experience in the throat with intense flavor, (similar to tobacco smoke) a higher PG ratio is more appropriate.
E-liquids can contain nicotine, however there are a variety of nicotine-free e-juice available, which have only flavour ingredients.
Popular flavours of e-liquids are tobacco, menthol, mint, chocolate, caramel, cinnamon, coconut, vanilla, herbs, and fruit flavours such as strawberry, apple, kiwi, mango etc. 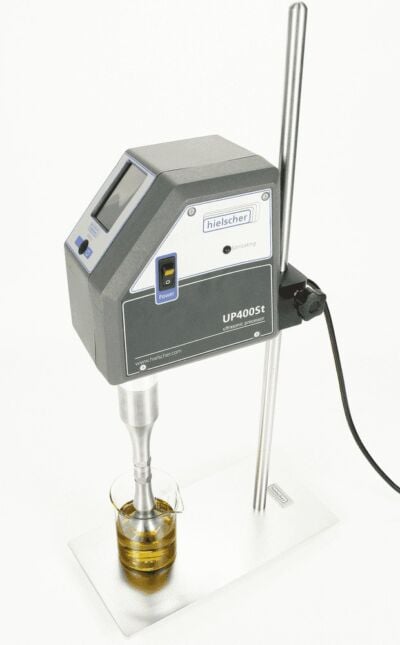