Solvents for Ultrasonic Extraction from Plants

Ultrasound is well known to disrupt cell structures and to improve mass transfer, thus increasing the extractability of biocompounds (e.g. phenolics, carotenoids).
Since the mechanical effects of sonication enhance the extraction process due to improved mass transfer greatly, the use of organic solvents is often superfluous. This means that for ultrasonic extraction, water is often a sufficient extraction medium which has many benefits such as being inexpensive, non-hazardous, easily available and environmental-friendly.
However, for specific bioactive compounds best results may be achieved by ultrasonic extraction in combination with a volatile solvent.
To choose the right solvent, the raw material (e.g. fresh or dried, macerated/grinded or powdered plant material) and the targeted substances (e.g. lipophilic, hydrophilic) must be considered. 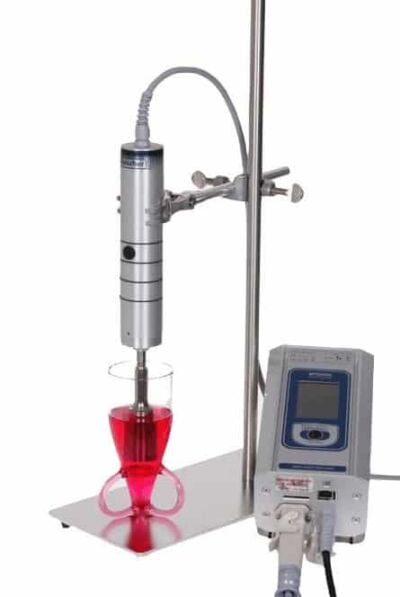 The following table lists several solvents, which have been successfully tested for the ultrasonic extraction from plant material. 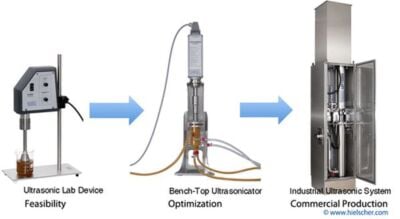 Hielscher’s ultrasonic extractors are available for any process scale – from lab to production.

Hielscher Ultrasonics’ industrial ultrasonic processors can deliver very high amplitudes in order to disrupt cell matrices and to release targeted substances. Amplitudes of up to 200µm can be easily continuously run in 24/7 operation. The power and robustness of Hielscher’s ultrasonic equipment ensure high yields, fast extraction rates and more complete extraction – excelling conventional extraction processes.
Our ultrasonic processors can be combined with conventional extraction methods such as Soxhlet extraction or supercritical CO2 extraction. Retrofitting into existing production lines can be easily accomplished.

An organic solvent is a type of volatile organic compound (VOC). VOCs are organic chemicals which vaporise at room temperature.
Organic compounds used as solvents include:

Many organic solvents are classified as toxic or carcinogenic. In case of incorrect handling, they can be hazardous to humans and can contaminate air, water, and soil.

Bioactive compounds are defined as substances, which have impact on living organisms, tissues, or cells. Biologically active substances include antibiotics, enzymes, and vitamins. Bioactive substances such as carotenoids and polyphenols can be extracted e.g. from fruits, leafs and vegetables, whilst phytosterols are found in vegetal oils.
Plant-derived bioactive compounds include flavonoids, caffeine, carotenoids, choline, dithiolthiones, phytosterols, polysaccharides, phytoestrogens, glucosinolates, polyphenols, and anthocyanins. Many bioactive substances are valued for acting as antioxidants and are therefore considered as health beneficial.
[/callout]