The sonication of coal slurries contributes to various processes during the energy production from coal. Ultrasound promotes the catalytic hydrogenation during the liquefaction of coal. Furthermore, sonication can improve the surface area and extractability of coal. Undesired chemical side-reactions during the de-ashing and desulfurization can be avoided – accomplishing the process in much less time. Even during the separation process via froth flotation, the fine-size dispersion of particles can be significantly enhanced by sonication.

Liquid fuels can be industrially produced from coal by the process of “Coal Liquefaction”. Coal liquefaction can be achieved via two routes – the direct (DCL) and indirect liquefaction (ICL).
Whilst the indirect liquefaction generally involves the gasification of coal, the direct liquefaction process converts coal directly into liquid. Therefore, solvents (e.g. tetralin) or catalysts (e.g. MoS2) are used in combination with elevated pressures and temperatures to break up the organic structure of the coal. As liquid hydrocarbons generally have a higher hydrogen-carbon molar ratio than coal, a hydrogenation or carbon-rejection process is required in both ICL and DCL technologies.

Studies have shown that the direct coal liquefaction of ultrasonically pretreated coals can be improved markedly. Three different types of lower rank bituminous coal have been sonicated in solvent. The ultrasound induced swelling and dispersing resulted in remarkably higher liquefaction yields.

Coal can be converted into liquid fuels by indirect coal liquefaction (ICL) processes through gasification followed by catalytic conversion of syngas into clean hydrocarbons and oxygenated transportation fuels such as methanol, dimethyl ether, Fischer-Tropsch diesel- or gasoline-like fuels. The Fischer-Tropsch synthesis requires the use of catalysts such as iron-based catalysts. Via ultrasonic particle fragmentation, the efficiency of the catalysts can be significantly improved. 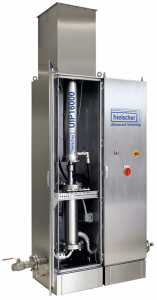 By ultrasonic treatment, particles can be dispersed, deagglomerated and fragmented – resulting in a higher particle surface. For catalysts, this means higher active surface, which increases the particles’ catalytic reactivity.
Example: Nano-scale Fe catalyst
Sonochemically prepared nanophase iron is an active catalyst for the Fischer—Tropsch hydrogenation of CO and for the hydrogenolysis and dehydrogenation of alkanes, mainly due to its high surface area (>120mg-1). Rates of conversion of CO and H2 to low molecular weight alkanes were approximately 20 times higher per gram of Fe than for ﬁne particle (5 μm diameter) commercial iron powder at 250°C and more than 100 times more active at 200°C.

Even though catalysts are not consumed during chemical reactions, their activity and efficiency can decrease due to agglomeration and fouling. Therefore, it can be observed that catalysts initially show a high catalytic activity and oxygenate selectivity. However, during reaction degradation of the catalysts can occur due to aggregation. By ultrasonic irradiation catalysts can be regenerated as the cavitational forces disperse the particles and remove depositions from the surface. 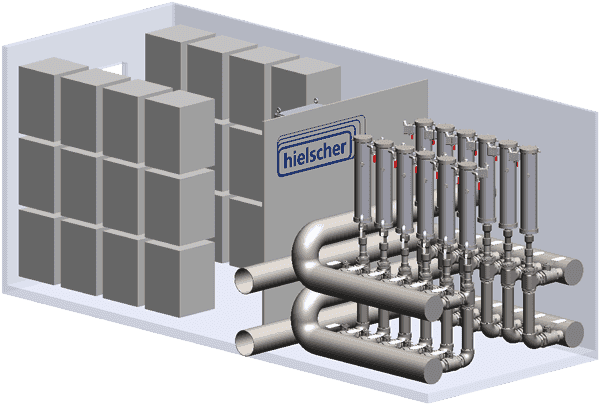 Ultrasonic conditioning can enhance the performance of coal flotation methods, which are used for desulphurization and deashing. The biggest advantage of the ultrasonic method is the simultaneous removal of ash and sulfur.[1] Ultrasound and its acoustic streaming are well-known for their effects on particles. Power ultrasound deagglomerates and disperses coal particles and polishes their surface. Furthermore, ultrasound cleanes the coal matrix removing sulfur and ash.
By conditioning the pulp stream, high power ultrasound is applied to improve the de-ashing and desulfurization of the pulp. The sonication influences the pulp nature by decreasing the oxygen content and the interfacial tension, whilst increasing the the pH value and the temperature. Thereby, the ultrasonic treatment of high sulfur coal improves the desulphurization.

Ultrasonically-Assisted Decrease of Hydrophobicity of Pyrite

Ultrasonically generated oxygen radicals over-oxidize the pyrite surface and makes sulfur existing in the pulp appear to be in the form of sulfoxide units. This decreased the hydrophobicity of the pyrite.

The intense conditions during the collapse of the ultrasonically generated cavitation bubbles in liquids are capable to create free radicals. This means that i.e. the sonication of water breaks the molecule bonds producing free radicals of •OH and •OH.

•H + O2 → •HO2
•OH + •OH → H2O2
•HO2 + •HO2 → H2O2 + O2
The H2O2 produced is unstable and discharges nascent oxygen quickly. So the oxygen content in the water increases after ultrasonic conditioning. The nascent oxygen, being highly active, can react with mineral particles existing in the pulp and reduce the oxygen content of the pulp.
The oxidation of pyrite (FeS2) occurs due to the reaction of O2 with the FeS2.

For coal extraction solvents are used which can release under the chosen extraction conditions hydrogen for the hydrogenation of coal. Tetralin is a proven solvent, which is oxidized to naphthalene during extraction. Naphthalene can be separated off and be converted, by hydrogenation again in tetralin. The process is carried out under pressure at specific temperatures depending on the type of coal and residence times of about three hours.

Froth floatation is a separation process which is used to purify and beneﬁciate coal by taking advantage of differences in their hydrophobicity.
Oxidized coals are difficult to float, as the hydrophilicity of the coal surface increases. The attached oxygen on the coal surface forms polar phenol (-OH), carbonyl (-C=O), and carboxyl (-COOH) groups, which enhance the hydration of the coal surface and thus, increase its hydrophilicity, preventing flotation reagents from being adsorbed.
An ultrasonic particle treatment can be used to remove oxidation layers from coal particles so that the surface of oxidized coal particles is re-activated.

Ultrasonic grinding and dispersing is used to generate fine-size slurries of coal particles in water or oil. By ultrasonication, a fine-size particle dispersion and thereby a stable suspension is generated. (For long-time stability, the addition of a stabilizer might be required.) The presence of water in these coal-water and coal-water-oil fuels result in a more complete combustion and reduces harmful emissions. Furthermore, coal dispersed in water becomes the explosion-proof which facilitates the handling.