How to Prepare a Cannabis Glycerin Concentrate

For the conventional cold process preparation of a glycerin tincture, the cannabis buds are generally soaked for approx. 90-120 days in glycerin to extract the active substances. The cold process is very time-consuming, but it has the advantage over the faster hot extraction that the active compounds such as THC, CBD, terpenes etc. are not degraded by heat. Ultrasonic extraction is a non-thermal process, which can be carried out at room temperature. Within a few minutes, a complete extraction of the active compounds of cannabis can be achieved without thermal degradation. The cold process extraction yields also in a tastier tincture, since the aromatic terpenes are preserved.
A basic recipe for ultrasonic extraction of cannabis in vegetable glycerin includes the following steps:

The ratio of cannabis : glycerin can be adapted to the cannabis quality and the desired strength of the final product. The amount of vegetable glycerin and cannabis can be scaled up or down respectively the desired production volume of glycerite.
Please note that extracts from buds and flowers are tastier. However, effective cannabinoids can be extracted from stems, too. 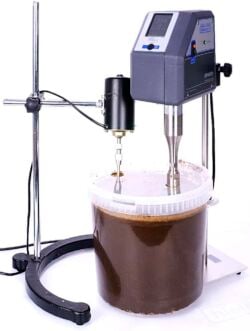 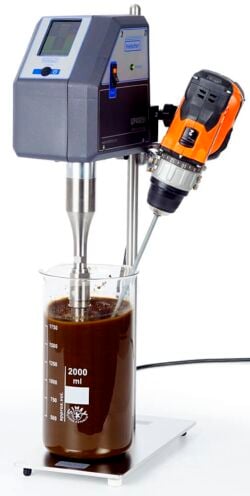 As alternative liquids for the above described ultrasonic extraction / infusion process, coconut oil, olive oil, canola oil, or butter can be used. Coconut and olive oil are preferred if the cannabis concentrate should be processed further to an edible cannabis emulsion.
Click here to learn more about the ultrasonic emulsification of cannabis oil!

How to Prepare Cannabis E-Juice

Cannabis can be consumed as e-juice (or e-liquid, vape juice) or vapes smoked in a e-cigarette. For the formulation of cannabis-infused e-juice, food-grade propylene glycol (PG) gives the best results. Alternatively, vegetable glycerin or a mixture from vegetable glycerin and propylene glycol (e.g. ratio 7:3) can be used for the production of cannabis e-liquids to fill e-cigarette cartridges, too. 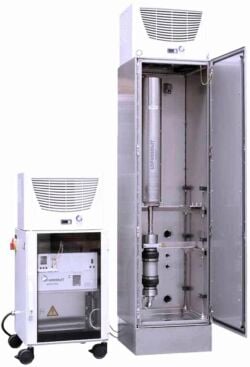 High-power ultrasonic systems from lab to pilot and industrial scale.

Glycerites
A glycerite is a fluid extract of an herb or other medicinal substance made using glycerin as the major extraction liquid.
Glycerin (also called glycerine or glycerol) is a sugar alcohol. It is a colorless, odorless, viscous liquid that is sweet-tasting and non-toxic. The glycerol backbone is found in all lipids known as triglycerides. It is widely used in the food as well as in pharmaceutical products. Glycerol has three hydroxyl groups which are responsible for its solubility in water and its hygroscopic nature. Glycerin functions as both a solvent and a preservative. Glycerites are advantageous as medical carrier fluid due its sweet taste and lack of alcohol. The advantage of glycerin over an alcohol tincture lies in the fact that glycerin does not degrades the botanical constituents whilst alcohol tends to denature them.
Cannabis infused glycerin tinctures can be well stored in a dark, dry cool place, but they do not show the same long-time stability/shelf life as alcohol based tinctures. Refrigeration helps to prolong the stability and is thereby recommended.
Cannabis glycerin tinctures are cost effective in production and offer a safe, alcohol-free dosage form to medicate cannabis.

Marijuana consists of the dried flowers and subtending leaves and stems of the female Cannabis plant (mostly Cannabis sativa). This is the most widely consumed form and it contains approx. 3% to 20% THC. Specific, highly bred forms of marijuana reach a THC content of more than 30%. Marijuana is the source material for all other varieties of THC-containing cannabis products. To convert the most abundant cannabinoid, tetrahydrocannabinolic acid (THCA), into the psychoactive THC, a decarboxylation process must be initiated. Therefore, the cannabis plant or its extracts must be heated to cause a decarboxylation process. During decarboxylation, the non-psychoactive THCA is converted to the psychoactive THC.

Hashish or hash is a concentrated resin form (e.g. formed as cake or ball) that is either produced from pressed kief or from the resin that is scraped from the surface of the plant and rolled into balls. It occurs in various colors from black to golden brown depending upon purity and source. It is consumed orally (e.g. as tincture or as ingredient in food) or smoked. For smoking, various consumption types are known, e.g. in a pipe, hookah, bong, bubbler, vaporizer, via a hot knife, smoked in joints, mixed with cannabis buds or tobacco, or smoked as bottle tokes.

Hash oil is a resinous matrix of cannabinoids produced by solvent extraction, formed into a hardened or viscous mass. Hash oil is one of the most potent cannabis products because of its high level of psychoactive compound THC. The use of hash oil extracted in butane and supercritical carbon dioxide has recently gained an increasing popularity. Hash oil is often ultrasonically processed to an emulsion. Click here to learn more about the ultrasonic emulsification of hash oil!

Infusions refer to different kinds of cannabis infusions which differ from each other by the broad variety of non-volatile solvents which can be used for the preparation of cannabis infusions. To prepare such infusion, cannabis plant matter is mixed with a solvent and then pressed and filtered to transfer the oils from the plant into the solvent. Cocoa butter, dairy butter, cooking oil, glycerine, and skin moisturizers are commonly used solvents. Click here to learn more about the ultrasonic extraction of cannabis!

Medical marijuana refers to the use of the Cannabis plant as a herbal therapy or the use of its active compounds such as synthetic THC and cannabinoids. This usage generally requires a medical prescription. Scientific research has shown that the use of cannabis or its derivatives has positive impacts against e.g. chemotherapy-induced nausea and vomiting, neuropathic pain, and multiple sclerosis.