The Astragalus polysaccharides are important bioactive components of Astragali Radix, the dry root of Astragalus membranaceus. The polysaccharides of Astragali Radix are widely used in traditional Chinese medicine. The roots of the Astragalius propinquus, known as Radix Astragali, are rich in phyto-chemicals such as polysaccharides, triterpenoids (e.g. astragalosides such as Astragaloside IV), isoflavones (e.g. kumatakenin, calycosin, formononetin) as well as glycosides and malonates. The saponin cycloastragenol, a compound found in A. propinquus, may activate telomerase and thereby extend the lengths of telomeres. Telomeres are the protecting “cap” at the end of DNA strand at the ends of all chromosomes. Telomere shortening is related to ageing. Supplementation with the Astragalus compound cycloastragenol may lengthen telomeres and delay ageing.

Sonication is well known as a extraction intensifying method. Ultrasonic cavitation leads to the rupture of the plant cell wall, thereby increasing the yield of polysaccharides. Ultrasonic extraction is successfully used to extract Astragalus polysaccharides with the benefit of increasing extraction yield and shortening extraction time.
Ultrasonication can be applied to various plant material such as leaves, stems, flowers, and roots.
The ultrasonic extraction process is a non-thermal, mild mechanical method, which can be operated at a specifically chosen temperature. With sufficient cooling, heat sensitive materials can be isolated e.g. by ultrasonic cold-water extraction. With sonication, water or solvents can be used as liquid. This allows for an optimal adaption of the extraction conditions to the targeted compounds. 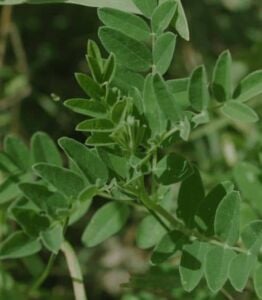 Hielscher Ultrasonics’ ultrasonic extraction equipment is used worldwide to prepare high quality extracts from botanicals. Ultrasonically extracted phyto-chemicals are used for their medicinal effects and health benefits in the pharma, supplement, and food industry. Hielscher offers the full spectrum from small lab ultrasonicators to industrial ultrasonic systems for the commercial inline production. The robustness of Hielscher’s ultrasonic equipment allows for 24/7 operation at heavy duty and in demanding environments. Another important feature of Hielscher’s ultrasonic processors are the precise control over the process parameters and the automatic data recording of those parameters. This enables for reproducible results and process standardization.
The table below gives you an indication of the approximate processing capacity of our ultrasonicators:

The A. propinquus is an Asian flowering plant, mainly found in Asia, which is also known as Astragalus membranceus, Mongolian milk vetch root or Huang qi. In Chinese Traditional Medicine (TCM), the Astragalus is one of the 50 fundamental herbs. Astragalus is rich in polysaccharides, triterpenoids, isoflavones (e.g. kumatakenin, calycosin, formononetin) as well as glycosides and malonates. Astragaloside IV has been determined as one of the major and main active substances of Astragalus membranaceus. Research indicates that Astragaloside IV possesses protective effects on focal cerebral ischemia/reperfusion, cardiovascular disease, pulmonary disease, liver cirrhosis, and diabetic nephropathy. Increasing evidence supports the administration of Astragaloside IV in the treatment of organ fibrosis, inflammatory response, oxidative stress, and apoptosis
Pharmacological research indicates that Astragalus membranaceus extract, which is composed from polysaccharides, flavonoids, saponins and other phyto-chemicals, can increase telomerase activity, and has antioxidant, anti-inflammatory, immunoregulatory, anticancer, hypolipidemic, antihyperglycemic, hepatoprotective, neuroprotective, expectorant, and diuretic effects.

Telomeres are the structures at the ends of chromosomes that are often compared with the cap at the end of a shoe lace. Their function is to prevent the shoe lace against fraying out. Telomeres have a similar protective function for the ends of the DNA strands in chromosomes. Telomere shortening is correlated with ageing. Telomeres shorten during cell division and eventually signal an irreversible state of growth arrest, which is known as cellular senescence.
Telomeres are characterized by a repeating TTAGGG sequence and they have specific associated proteins, collectively referred to as shelterin proteins, which play a key role in chromosome stability, gene regulation, cancer and cellular senescence.