Mycoprotein are fungus-derived protein produced for human consumption, which are mainly used to prepare meat substitutes or “fake meat”. Ultrasonic extraction and homogenization is a highly efficient method to release mycoprotein from the fungus achieving very high protein yields in a short processing time.

In order to produce mycoprotein, edible fungus species are grown and cultured in bioreactors. This means the protein is entrapped in the fungus species, e.g. Fusarium venenatum. In order to release the mycoprotein, a powerful cell disruption and extraction technique is required, which lyses the fungus. During lysis, the cell walls of the microorganism is disrupted and broken up so that the intracellular material such as proteins, lipids and other nutrient are released. Ultrasonication is a well-established technique used in food production and biotechnology to disrupt cells and tissues and to extract valuable compounds. Furthermore, the uniform homogenization achieved by ultrasonification makes it easy to turn the mycoprotein into innovative food products with various textures, flavours, and uses, including meat analogues, protein-rich snacks, dairy-free milk substitutes and desserts. 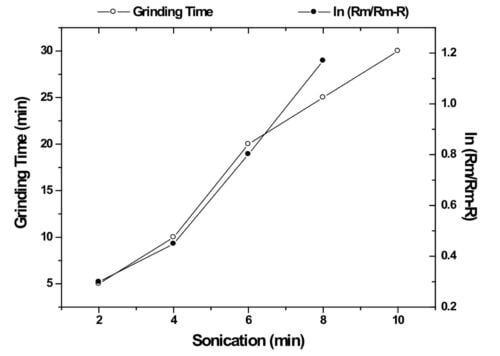 Prakash et al. (2014) investigated the effects of ultrasonication on the mycoprotein release from Fusarium Venenatum. They achieved a maximum protein release rate K of 0.680 min with 580μg of extracted mycoprotein.

Ultrasonic extraction is based on the phenomenon of acoustic (ultrasonic) cavitation. When powerful ultrasound waves are coupled into a liquid or slurry, alternating high-pressure and low-pressure cycles compress and expand the liquid creating minute vacuum bubbles in the medium. Those vacuum bubbles grow over several high-pressure/low-pressure cycles until they reach a point when the gas bubble cannot absorb any further energy. At the point of maximum growth, the bubble implodes violently during a high-pressure cycle. During the bubble implosion, locally extreme conditions such as very high temperature, pressures and corresponding pressure and temperature differentials as well as liquid jets with up to 280m/sec occur. These intense forces perforate and break cell walls and promote the mass transfer between the cell interior and the surrounding liquid. The intracellular material such as proteins, lipids and other bioactive compounds are transferred to the liquid from where it can be easily separated for downstream processes.

Ultrasonic cell disruptors and extractors are well established tools in food processing facilities. Providing cavitational high-shear forces, ultrasonicators are used to isolate bioactive compounds from plant material and to homogenise two or more phases into a uniform mixture.
Hielscher Ultrasonics offers a broad portfolio of high-performance ultrasonicators from lab to industrial size.
Hielscher Ultrasonics’ industrial ultrasonic processors can deliver very high amplitudes. Amplitudes of up to 200µm can be easily continuously run in 24/7 operation. For even higher amplitudes, customized ultrasonic sonotrodes are available. The robustness of Hielscher’s ultrasonic equipment allows for 24/7 operation at heavy duty and in demanding environments.

Extracts, which are used in food or pharmaceuticals, should be produced in accordance to Good Manufacturing Practices (GMP) and under standardised processing specifications. Hielscher Ultrasonics’ digital extraction systems come with intelligent software, which makes it easy to set and control the sonication process precisely. Automatic data recording writes all ultrasonic process parameters such as ultrasound energy (total and net energy), amplitude, temperature, pressure (when temp and pressure sensors are mounted) with date and time stamp on the built-in SD-card. This allows you to revise each ultrasonically processed lot. At the same time, reproducibility and continuously high product quality are ensured.

Mycoprotein is a so-called single-cell protein, which means that is derived from a single cell organism. For mycoprotein, the single cell organism is a fungus. Therefore, mycoprotein is also known as fungal protein. The syllable “myco” is derived from the Greek word “mykes”, which means fungus.
For the production of mycoprotein, Fusarium venenatum is the commonly used fungus. It is a microfungus of the genus Fusarium and offers a high protein content.
In order to produce mycoprotein commercially, fungi spores are cultured and fermented in a broth of glucose and other nutrients. Subsequent processing steps involve steaming, chilling, and freezing of the RNA-reduced fungal biomass. Finally, a high-protein and high-fiber mass is obtained , which can be transformed in various food products such as meat substitutes or food additives. Mycoprotein is mainly used to produce so called “fake meat”, which are meat substitutes or meat analogues.